Image recognition has become mainstream today, with thousands of companies and millions of consumers using the technology every day. Image recognition is powered by deep learning, specifically Convolutional Neural Networks (CNN), a neural network architecture that simulates how the visual cortex breaks down and analyzes image data. CNN and neural network image recognition is a core component of deep learning for computer vision, which has many application scenarios, including e-commerce, gaming, automotive, manufacturing, and education. 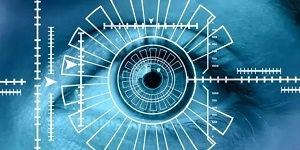 1. What is image recognition?

Image recognition is natural for humans and animals, but an extremely difficult task for computers. Over the past two decades, the field of computer vision has emerged and has developed tools and techniques that can challenge it. The most effective tools currently used for image recognition tasks are deep neural networks, especially Convolutional Neural Networks (CNN). A CNN is an architecture designed to efficiently process, correlate, and understand large amounts of data in high-resolution images.

2. How does image recognition work?

The human eye sees an image as a set of signals that are interpreted by the visual cortex of the brain. The result is an experience of a scene, linked to objects and concepts held in memory. Image recognition mimics this process. The computer "sees" the image as a set of vectors (polygons with color annotations) or as a raster (a canvas of pixels with discrete values of color).

During neural network image recognition, vector or raster encodings of images are transformed into constructs depicting physical objects and features. Computer vision systems can logically analyze these constructs, first by simplifying the image and extracting the most important information, and then by organizing the data through feature extraction and classification. Finally, computer vision systems use classification or other algorithms to decide images or parts of images - which category they belong to, or how best to describe them. 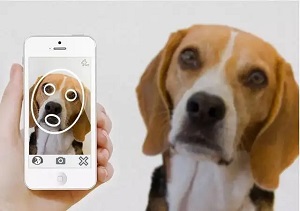 One image recognition algorithm is an image classifier. It takes an image (or part of an image) as input and predicts what the image contains. The output is a class label such as a dog, cat, or table. The algorithm needs to be trained to learn and distinguish classes.

In a simple case, to create a classification algorithm that can recognize images with dogs, you would train a neural network with thousands of images of dogs and thousands of background images without dogs. The algorithm will learn to extract features that identify "dog" objects and correctly classify images that contain dogs. While most image recognition algorithms are classifiers, other algorithms can be used to perform more complex activities. For example, recurrent neural networks can be used to automatically write captions that describe the content of an image.

3) Automotive Industry - Self-driving cars are in the testing phase and are used in public transport in many European cities. To facilitate autonomous driving, image recognition is taught to recognize objects on the road, including moving objects, vehicles, people, and roads, and to recognize traffic lights and road signs.

4) Manufacturing - Image recognition is employed at different stages of the manufacturing cycle. It is used to reduce defects in the manufacturing process, for example, by storing images of components with relevant metadata and automatically identifying defects.

5) Education - Image recognition can help students with learning disabilities and disabilities. For example, computer vision-powered applications offer image-to-speech and text-to-speech capabilities to read material to students who are dyslexic or visually impaired.