Home / News / What is the Internet of Things development board, briefly describe its features and categories?



What is the Internet of Things development board, briefly describe its features and categories?

A. What are IoT Development Boards ?

As the IoT landscape expands so does the demand for IoT development boards as they can be used for prototyping or in full-scale production. So, what are they exactly?

A development board is simply a printed circuit board with circuitry and hardware designed to assist experiments with a specific microcontroller. Let us break it down.

You have a microcontroller capable of doing many cool things but before it can do all of that, you need to ensure the set up of a group of circuitry and hardware on the breadboard. Engineers mainly use them for prototyping before releasing the main product.

An IoT development board comprises:

Programming interface: Lets you program the microcontroller from the desktop

Power circuit: Helpful in running off of a 9V power supply 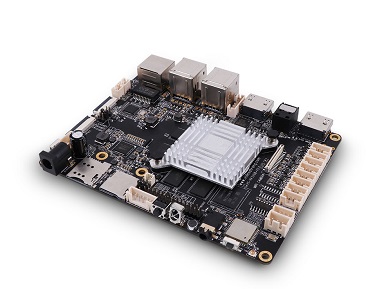 B. Key features to look for in an IoT development board

When choosing an IoT board, you must always focus on the connectivity options because — after all — IoT apps cannot function if they are not compatible with or adequately connected to the internet or other devices. So ask yourself the following questions:

Does your development board have built-in WiFi?

Does it have Bluetooth functionality?

Does it support Ethernet?

Speak to multiple vendors and get a demo if possible to understand how the board will work for you and what customization you can do with it if required.

If you are investing money to build a fantastic IoT development board, you must ensure that you can add more functionalities to it. Otherwise, the board will become obsolete faster than ever as IoT technology advances and businesses need to upgrade their systems.

Another component to consider is the support for peripherals, including access to common ports like HDMI and USB or pin-outs for PWM devices such as servo motors and dimmable lights. Again, speak to your IoT board development team to narrow down the specifications so that the end product meets your project’s requirements.

This could be in the form of a microcontroller, CPU, CPLD, or FPGA. The first option definitely comes in handy for programming the IoT-enabled devices as the majority of manufacturers to provide the IDE you need for the job.

Now that is an important feature because to store volumes of data, you need to ensure the board has a built-in Flash memory, which also allows it to connect to a MicroSD or a MiniSD and enhance data storage as and when necessary.

This feature provides wireless communication excluding an external transceiver module. Some of the common wireless protocols include WiFi, Bluetooth, and Zigbee.

Also verify if the board communicates through SPI, UART, and GPIO to understand how the board will interact with other devices. 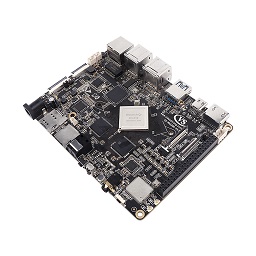 Even if you are new to programming and electronics, you must have come across the term “microcontroller boards.” They comprise a small computer developed on a metal oxide semiconductor circuit chip and are mainly used in implantable medical devices, office machines, power tools, automobile engine control systems, and so on.

An SoC board incorporates many system components into a single Si chip, primarily consisting of an audio receiver, memory, peripherals like USB, PCI, and SATA, a microprocessor, and an application processor — basically all the required electronic components and circuits.

They find use in a number of industry niches, including medical care where SoC-based nanorobots can perform as programmable antibodies to fight serious illnesses. SoC-based video and audio devices can be installed in the brains of blind and deaf people respectively.

Another benefit is that it can deliver high clock speeds while decreasing the power spent by a microchip if used along with SoI or Silicon-on-Insulator.

Of course, SoC is an evolving technology and some of these examples might seem impossible at the time. However, it does hold a lot of promise in the years to come.

This is an easy one. As the name suggests, it is an entire computer developed on one circuit board. It comprises all the features of a functional computer such as memory, microprocessor(s), input/output (I/O), and so on.

SBCs are usually built as development or demonstration systems. A huge variety of portable computers and home computers integrate all their functions onto one circuit board easily. SBC designs are simple and they do not often rely on expansion slots for peripheral expansion.

Many other types of blade servers perform almost like server computers, although in a more compact format.

You May Also Like:Iot Development Board