The Internet of Things (IoT) refers to the real-time collection of any information that needs to be monitored, connected, and interacted with through various devices and technologies such as information sensors, radio frequency identification technology, global positioning systems, infrared sensors, and laser scanners. An object or process collects various required information such as sound, light, heat, electricity, mechanics, chemistry, biology, location, etc., and realizes the ubiquitous connection between objects and objects and between objects and people through various possible network access. Realize intelligent perception, identification, and management of items and processes. The Internet of Things is an information carrier based on the Internet, traditional telecommunication networks, etc. It enables all common physical objects that can be independently addressed to form an interconnected network. 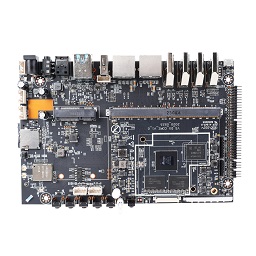 It is recommended that these products are relatively mature and widely recognized IoT development board products. as follows:

Arduino can perceive the environment through various sensors, and feedback and influence the environment by controlling lights, motors, and other devices. The microcontroller on the board can be programmed through the Arduino programming language, compiled into binary files, and burned into the microcontroller. Programming of the Arduino is accomplished through the Arduino programming language (based on Wiring) and the Arduino development environment (based on Processing). Arduino-based projects can include only Arduino, or include Arduino and some other software running on the PC, and communicate between them (such as Flash, Processing, MaxMSP) to achieve

It is an ARM-based microcomputer motherboard with SD/MicroSD card as the memory hard disk. There are 1/2/4 USB ports and a 10/100 Ethernet port around the card motherboard (type A has no network port), which can be connected to Keyboard, mouse, and network cable, as well as a TV output interface for video analog signal and HDMI high-definition video output interface, all the above components are integrated on a motherboard that is only slightly larger than a credit card, with all the basic functions of a PC, only need to connect the TV and keyboard, you can perform functions such as spreadsheets, word processing, playing games, playing high-definition video, and more. The Raspberry Pi B model only provides a computer board, no memory, power supply, keyboard, case, or wiring.

The ESP32-S2 chip is powered by a 240 MHz Xtensa® 32-bit LX7 single-core processor with 320 KB of SRAM and 128 KB of ROM, as well as a ULP co-processor based on the RISC-V architecture. Even with a single-core processor, the ESP32-S2 still has lower power consumption and better processing power. It follows Espressif's mature software development framework ESP-IDF, which can bring faster and more secure IoT connectivity solutions to the market 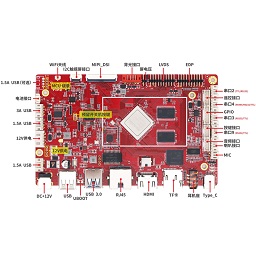 Designed for AI, it can provide 472 GFLOPs, equipped with a quad-core Cortex-A57 processor, 128-core Maxwell GPU, and 4GB LPDDR memory, which can bring enough AI computing power to robots. High-resolution sensors are supported, multiple sensors can be processed in parallel, and multiple modern neural networks can be run on each sensor stream. Support for NVIDIA JetPack, which includes software libraries for deep learning, computer vision, GPU computing, multimedia processing, CUDA, cuDNN, and TensorRT. It also supports a series of other popular AI frameworks and algorithms, such as TensorFlow, PyTorch, Caffe/Caffe2.Keras, MXNet, etc., which can easily and quickly integrate your favorite AI models and frameworks into the product, and easily realize image recognition, object detection and localization, pose estimation, semantic segmentation, video enhancement, intelligent analysis, and other powerful functions.

Maybe Useful to You: AI Hardware Platform      Development Board