Home / News / Which smart TV box chip will be stronger in 2022. you must understand this



Which smart TV box chip will be stronger in 2022. you must understand this

A smart set-top box refers to a set-top box equipped with the Android system or Google. In addition to the traditional TV box watching TV and video functions, smart set-top boxes can control smart home functions. The smart TV box chip is one of the most important components of the set-top box. In addition to allowing us to enjoy 4K video, the set-top box is equipped with a chip with a high configuration, and its video loading fluency, power consumption, and chip temperature will be better than those with a lower configuration.

I believe that when many people choose a TV box, the first thing they value is the performance of the chip. Indeed, a chip with good performance plays an important role in the overall system operation of the TV box and the optimization of video decoding quality. Then the types of TV boxes on the market are complex, and the chips used are also somewhat different. Do you know who has the stronger performance? Today, I will take you to take stock of the mainstream chips on the market in 2022. Who will be stronger?

The brand is from "Shanghai Jingchen Semiconductor Design Co., Ltd.". In the beginning, the chip was mainly designed for tablet computers, and then it moved to the smart TV box market. The chip launched at the beginning was the S802. Quad-core A9 architecture and the GPU is equipped with Mali-450. If you look at this configuration now, it is really not very good, but the performance at that time was already very good. After that, Jingchen also launched: S905、S912、S922X、S905X2、S905X4、S905Y4、 A311D、A311D2, and other types of chips. The performance is arranged from low to high. In the current box market, many mainstream brands are still using these chips, among which the performance is the highest. The strong chip is A311D2.A73 quad-core + A53 dual-core, GPU is Mali TM-G 52. 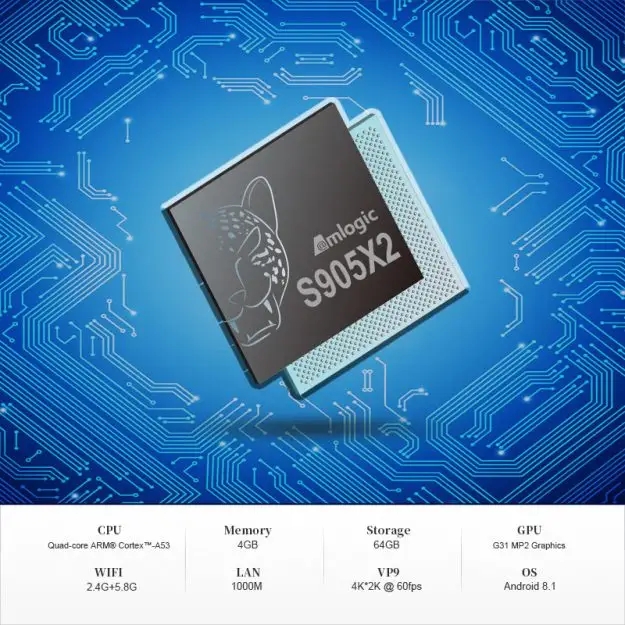 There are also a lot of Android TV boxes using the brand's chips, most of which are "foreign trade Android TV boxes", RK3368 is the most common model, using a 28nm process, 64-bit, ARM Cortex-A53 eight cores, the highest frequency can be up to 1.5GHz. The GPU uses the PowerVR SGX6110. The advantage of this chip lies in the performance of the "graphics processor", with strong video decoding and multi-format video decoding capabilities. Of course, the model of Rockchips chip is not only RK3368. There are also RK3229. RK3288. RK3399. RK3568. The highest performance is RK3399. And the most used TV box is RK3368

HiSilicon can be said to be the most familiar chip brand. This chip was first used in Huawei mobile phones. The Honor Smart Box launched by Huawei a long time ago uses the "His Hi3798", a quad-core A9 architecture. The main frequency can reach up to 1.5GHz. The performance of this Android TV box is quite satisfactory at the time, but the advantage is that it can optimize the details of the image information. Nowadays, the mainstream models installed in TV boxes are Hi3716MV430s, Hi3798CV200/H, and Hi3798MV300.

The brand comes from "Zhuhai Quanzhi Technology Co., Ltd.", mainly engaged in electronic components and system integration projects. The models of the chips used in the Android TV box are mainly the "H" series and "A" series. The better performance is the Allwinner H5.A53 eight-core architecture. Its advantages lie in its excellent decoding of video formats and its price. Cheap. There are also many Allwinner chip series, such as H3. H313. H8. H64. H616 and other models, and many TV boxes use Allwinner chips. 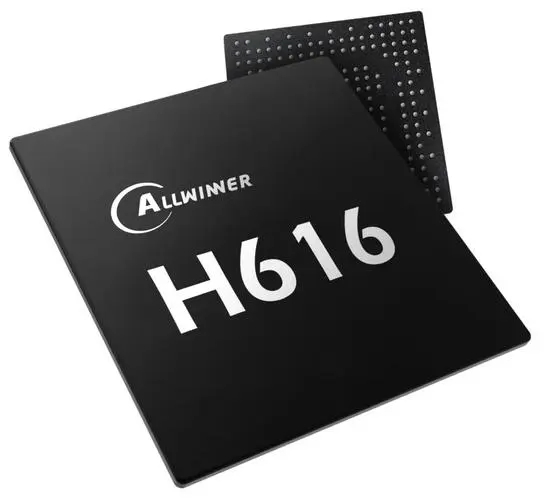 This brand can be said to be quite well-known in the mobile phone market. Many mid-to-low-end mobile phone products use MediaTek processors. Of course, many people do not know that there are also some brands in smart set-top boxes that use MediaTek. chip.

For the chips in the mainstream market of smart TV boxes, the chip with the best performance is the chip of Amlogic, and it is also the preferred processor of mainstream boxes. Among them, A311D2 has the highest performance. If your budget is still enough, I still recommend everyone. If you buy one, the fluency is really not a blow. You don't need a card to play large games. The S905X4 is also good. The second is Rockchip, other chips are quite satisfactory, and the performance is not particularly strong.

I believe that through the above introduction, you will have a certain understanding of the performance of TV box chips. In fact, the chip is equivalent to the human brain. When you buy a TV box, you must not bring a lot of trouble to yourself for the sake of temporary cheapness. The chip is really too important! Well, the above is which smart TV box chip will be stronger in 2022. This is all you must know, and I hope it will help everyone.