Home / News / What is an Android TV box, and what are the precautions for purchasing a set-top box?



What is an Android TV box, and what are the precautions for purchasing a set-top box?

Android TV box It uses the traditional TV box to carry the android system launched by google company, and through the connection with the Internet, the TV becomes a smart platform like a smartphone and a tablet computer, and the network and TV are combined together to become a new set of TV boxes. entertainment system. This type of TV can be installed and uninstalled by users themselves, such as software, games, and other applications to achieve "unlimited content, unlimited applications". However, the programs watched by traditional TVs are fixed and cannot be connected to the Internet, nor can they control TV programs according to consumers' own preferences, and do not have content and applications that can be loaded.

There are many small partners who do not know which aspects to choose from when purchasing a set-top box. Videostrong has sorted out several purchase points from the Internet, hoping to help small partners in future purchases.

At present, the more common box built-in systems on the market include Android, IOS, and Google. When purchasing a box, you should pay special attention to whether it supports the free installation of various software. Generally, the Android system is supported.

Common chip brands include Allwinner, Amlogic, Rockchips, HiSilicon, etc. Whether a TV box has a better performance experience depends not only on the parameters of the CPU+GPU but also on the size of the space. Just like when we buy a computer, the hardware configuration is also an important indicator. The number of CPU cores ranging from single-core to dual-core to quad-core is upgraded step by step, and the memory capacity is gradually increased from 256 to 1G to 2G. In theory, of course, the higher the order of magnitude, the better, because it can keep up with the speed of development, and the machine will not be eliminated, but also consider the cost performance, don't blindly pursue high configuration, just enough.

In addition, whether it has Bluetooth 4.0 and whether it supports dual-band WiFi is a plus point for the TV box.

In terms of interfaces, HDMI, USB interface (divided into 2.0 and 3.0. 3.0 interface is preferred, but both are the best), AV interface, and network interface are standard. 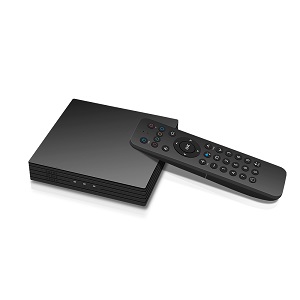 These products may be suitable for you:Google Certified Android TV Stick

As an emerging product, Android set-top boxes are developing rapidly in chips, software, and hardware under the pressure of market competition. Problems are unavoidable, so after-sales service is extremely important. How to make up for the congenital deficiencies of products through after-sales service, improve customer satisfaction, reputation, and brand loyalty, and then establish product reputation and enhance brand value are issues that every player manufacturer should seriously consider.

The above are some points for attention when buying a TV box, I hope it can help you