Home / News / What happened to Android smart speakers and briefly explain the reasons for their current situation.



What happened to Android smart speakers and briefly explain the reasons for their current situation. 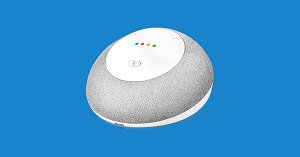 I don't know if you have this experience, at home chatting with friends suddenly Android smart speaker inexplicably woke up, and the scene is very awkward. As a smart device, the smart speaker smart experience is always poor. Smart speakers listen to the sound from the surrounding area in real time through the microphone integrated into the speaker, always waiting to be woken up.

Each user needs to input voice wake-up words plus operating instructions to the speaker to complete a set of operations. Limited by the efficiency of voice recognition and network conditions, Android smart speakers often do not understand your voice commands or misjudged what you ordered them to do. At the moment, intelligent voice recognition is still far from the ideal state of people, manufacturers over-packaged intelligent experience is just a beautiful vision.

Second, there is nothing the phone and tablet can't do

Android smart speaker is difficult to achieve market success, a large part of the reason is that the function and cell phones are too overlapping. Whether it is an intelligent voice assistant or a control smart home you can directly on the phone to complete, there is no need to buy an additional smart speaker at home. In addition, most smart speakers are very crotch sound quality, and listening to music needs are not met. 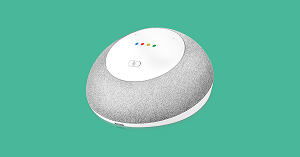 As the entrance to the smart home, smart speakers from the beginning of the positioning are not very clear, it assumes part of the function of the phone, but not as much as the phone can do, and not as comprehensive as the phone. It is a speaker, but the sound quality performance is not as good as it should be. This leads to the smart speaker the beginning of the product positioning is not very clear, and positioning is not clear there is no clear product selling point, and thus will not be able to attract more consumer groups. Smart speakers, to put it bluntly, just belong to the icing on the cake type of product, no it does not cause any inconvenience to your life, but they may add to your block. In the era of smartphones being so popular, the development of smart speakers should return to the origin of the speaker and think clearly about why people actually want to buy a speaker.

You May Also Like:Has the smart speaker started to go downhill, and where is the new explosion?